When Networking, Marketing, and Psychology Meet 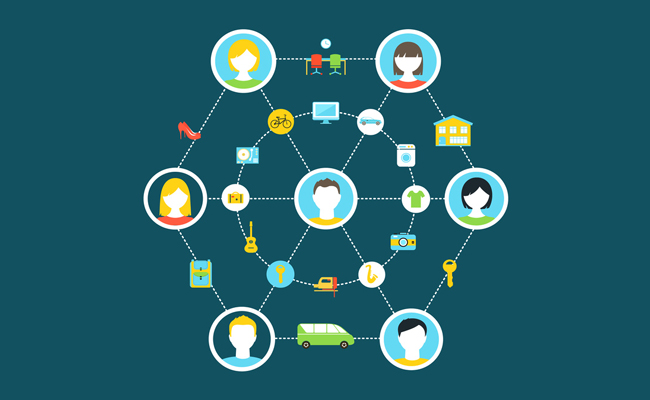 Networking is a form of marketing. It is a deliberate use of resources (time and/or money) to establish your brand, get you noticed, and build your business or career. Good networkers grow their businesses one conversation, event, or cup of coffee at a time. The problem is that many business owners and professionals don’t look at it this way. Their approach to networking is haphazard and inconsistent when following a process and viewing their efforts through the eyes of a marketer would serve them well. In this post, we’ll look at four tried and true marketing tenets (with a little psychology mixed in) that can increase the effectiveness of your networking.

Recency bias is a memory bias that favors the most recent event. It is why the closing argument in a trial is so important; jurors may give more weight to the lawyer’s statement than they do to earlier testimony simply because that statement is the last thing they hear before deliberations. Looking at it another way, if you want your house painted, and you get three bids, you may be more likely to choose the final bid (if they are close in price and scope) because that painter was the last in the door— you convince yourself that there was some logical reason for the choice, but in reality, it may simply be because he or she was the last painter you met. According to recency bias, the early bird does NOT get the worm. Say you have a networking coffee with someone to talk about your law practice, and two days later, they reach out to you with a referral. Now, you being intelligent, charming, and knowledgeable no doubt played a role in the call, but you also benefited from being the last lawyer with whom they spoke; recency bias gave you an edge.

Frequency is the repetition of a message until it sticks. When you were a kid, and your mom asked you to clean your room, did you do it? Probably not. When she then asked in that exasperated voice “How many times do I have to TELL you this?” your answer should have been “A lot!” Different studies and researchers have found that it takes anywhere from three to twenty exposures for a message to sink in before someone will take action on it. Researcher Herbert Krugman in 1965 advocated that television commercials needed to be viewed three times to be effective, studies by Microsoft found that 6-20 times was necessary, while the “Rule of Seven” has become popular in marketing circles. Bottom line, we have to repeat ourselves. A lot! This means repeated networking conversations with people; that first conversation may break the ice, but it will take a few more before a relationship is established, your message breaks through, and you get on their list for referrals. This is where regularly-occurring networking groups can be so powerful; when the same people see you week-in, week-out, and hear your message, stories, and successes, that frequency and relationship are established, and referrals happen as a result.

What are your three favorite cereal brands? You can name them off the top of your head, right? That is because the manufacturers have worked hard (for years) to keep their brands on your mind so that when it is time for a purchasing decision those brands are front and center in your mind. Marketers call this the Evoked Set (or Top of Mind Awareness). In any category, we tend to have a handful of “brands” that stick out in our minds based on experience, messaging, or both. The evoked set is all about branding messaging; rather than an offer to get you to buy, the goal is to simply get a brand stuck in your brain so that you remember it when it is time to buy. You should have a similar goal in your networking. Because different people like different things, your referral partners often want to refer more than one person in a given category. There is value, on their end in saying “I know a few good people, talk to all of them and see which one you like.” In networking, if you can’t be the only referral, your goal is to be in the top two or three (“When you want to buy cereal, remember that you like Crispix” and “If you need a good contract lawyer, remember to call Ben Johnson at Johnson Law Firm” are the same message). This happens through those 1:1 meetings, certainly, but can also be accomplished through content, messaging, and social media posts. Whatever you can do to keep your “brand” in front of prospects and partners will increase your chance of being in their “top 3.” You end up in someone’s evoked set through frequency.

Imagine you are driving to work and see a new car that you’ve never seen before. You love it. You head to the dealership that day, take a test drive, and get excited about owning a car that no one else has! On the way home from the dealership, you see the car on the road. Then you see it again. Then you notice that your neighbor down the street owns one. Suddenly, you see that everybody has that car! Did dozens of people buy that car that day? No. Your brain– which does a great job of filtering out unnecessary information– has simply been triggered to notice that car. They were always on the road; your brain just didn’t have a need to pay attention to it. This is known as The Baader-Meinhof Phenomenon (aka, Frequency Bias). Baader-Meinhof pulls all of our previous ideas together; Recency Bias, Frequency, and The Evoked Set. You have a networking coffee with someone and she is very impressive. Later that day, you notice a post that she shared on LinkedIn, and you are once again impressed. Two days later, you are talking to another friend and that friend references that same woman. Later that week, you are at a Chamber of Commerce event and she is there! You think “This woman is everywhere! She is a mover and a shaker!” It may be the case that she is suddenly very active, but it is more likely that she was always around and you are just now noticing. Baader-Meinhof, from a networking standpoint, works very much in the professional networker’s favor.

Taking advantage of these marketing elements in a networking environment requires consistency. Take meetings. Have coffee. Set up Zooms. Join groups. Go to events. Share content and ideas. See people often. Make it impossible for those in your network to not see you. Build your frequency, stay top of mind, be everywhere, and watch your referral business grow.