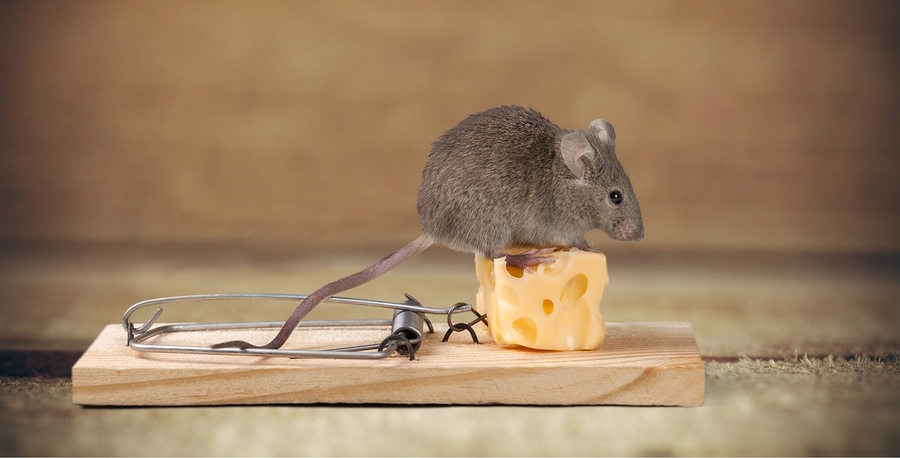 My friend Leanne and I had a conversation not long ago about mousetraps, specifically about the concept of building a “better” one. She told me a story about when she actually built a better mousetrap— as in, a way to catch a mouse in her house. Spoiler alert: it was a bucket. The mousetrap is not the point of the story. As she said, the problem persisted. Mice kept getting in. She kept catching them. Around and around they went, Leanne vs. The Mouse. She finally fixed the problem when she walked around the outside of her house, paying close attention, and finding cracks and holes in the foundation where the mice were getting in. She filled those holes, and the mice stopped. She solved the problem.

Too often in business, we address symptoms rather than fix problems. Business owners and leaders are typically very good at dealing with situations that come up, at putting out fires, and moving on to the next one. An employee issue pops up, the issue is handled through a conversation, perhaps disciplinary action. The issue pops up again, the reaction escalates, possibly even resulting in termination. Problem solved, right? Not necessarily. The individual employee has been handled, and that specific issue was addressed, but there was no effort to identify and solve the root cause of the issue. The company failed to determine WHY the individual’s bad behavior persisted. Is this a training issue? A problem in the hiring practices of the company? Are there fundamental flaws with the culture (or lack of culture) within the organization? This is a very tactical and situational view of the problem; the mouse is caught, but the house still has cracks in the foundation that will allow other mice to come in.

Great companies and leaders are those who continually walk the perimeters of their houses, looking for the holes and cracks in the foundation where mice can get in. They focus their time and energy on filling the cracks, trusting others to catch any mice that may have sneaked in. Henry Cloud, in his fantastic book Boundaries for Leaders, identifies this practice as setting boundaries. Boundaries, according to Flood, are defined by what you create, and what you allow. Leaders create boundaries by building the culture and values in an organization and then defining the actions their people take to live out those values. They create by establishing processes and best practices that allow teams and people to flourish, by building trust through open communication so people can operate in a mindset of prosperity rather than scarcity. Leaders then can control what they allow to happen. As Flood states, strong boundaries allow people to Attend to what is important, Inhibit actions and habits that hurt the organization or are contrary to values, and establish a Working Memory of the relevant information that results in good decision-making. Strong boundaries, boiling it down to the simplest formula possible, keep the good things in the bad things out.

The next time you see that mouse scurry across the floor of your business, have someone address it quickly, so you can spend time walking the perimeter and looking for how the mouse got in in the first place. Work to fill that crack, then look for others. Be proactive and fill cracks before the mice find them. Focus your leadership attention on establishing and maintaining the boundaries that make your business work, and keep your people operating at their best. After all the goal is not to build a better mousetrap, but to build a mouse-proof house.