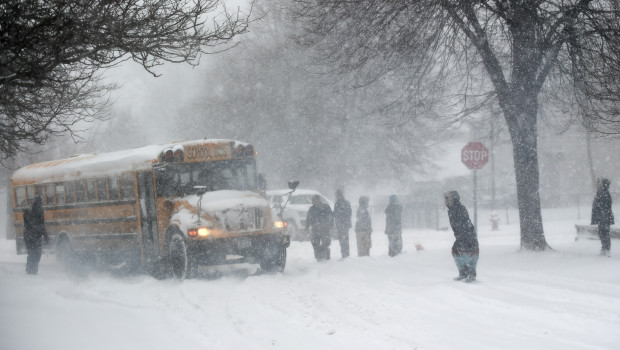 The call came in at 4 PM last Thursday, as I was getting the recap of Maggie’s day in 4th grade and being educated on the latest in “slime” technology. It was Wayzata Public Schools. I answered the phone on speaker so she could hear what I knew would be an automated message. It was official; due to the predicted snow-mageddon coming Friday afternoon, schools were being let out two hours early. . . . on a FRIDAY. . . . heading into a HOLIDAY WEEKEND!

Was it the greatest moment of the week (and possibly all-time) for Maggie? Yes. It was also a great illustration of a point that I stress with my clients; there are always obstacles that must be overcome in the achievement of any goal worth setting. Plan A rarely (actually, never) goes 100% as planned. Something will go wrong. There are two ways to handle this inevitable situation: 1. Make only Plan A, hope for the best, then scramble, overreact, and make poor decisions when things go awry, or 2. Expect things to go wrong, name them, and build a plan to address them.

Thursday’s call from school was an example of option 2. The district was shutting things down early to get ahead of the storm and get kids home safely. Three years ago, when the school calendar was being planned, school officials planned on a full day of classes on Friday, January 17th. But they recognized that there was a small chance that it could snow sometime in January in Minnesota. The schools identified a potential obstacle in their goal of a full, uninterrupted school year. They addressed the obstacle proactively and built a plan to overcome it.

When the time came and the obstacle presented itself, they simply switched to Plan B and executed the plan. The decision was made on Thursday to let school out early the following day, as the storm was coming Friday afternoon. Bus schedules were moved up, and drivers were notified. Automated phone messages were sent out a day in advance to let parents and caretakers know so they could make their own alternative plans (that recording was likely made in advance as well, so they simply needed to push a button and put the phone process in motion). Notices were posted on school and district websites. News organizations were notified so they, in turn, could post the news. The word was out, and Plan B was in motion. Was it ideal? Of course not, but the schools were ready. And the kids celebrated.

Goals are not achieved in perfect conditions; when you set goals, you need to recognize and list what might go wrong along the way, so that you can properly prepare and take the necessary actions to get back on track. Set your goals. Expect the best. And plan (and sometimes execute) for the worst.

If you are stuck on the obstacles, stuck on setting your goals, or simply need to refine the plan for achieving them, let’s have a conversation. Comment below or message me, and we’ll get you moving in the right direction.