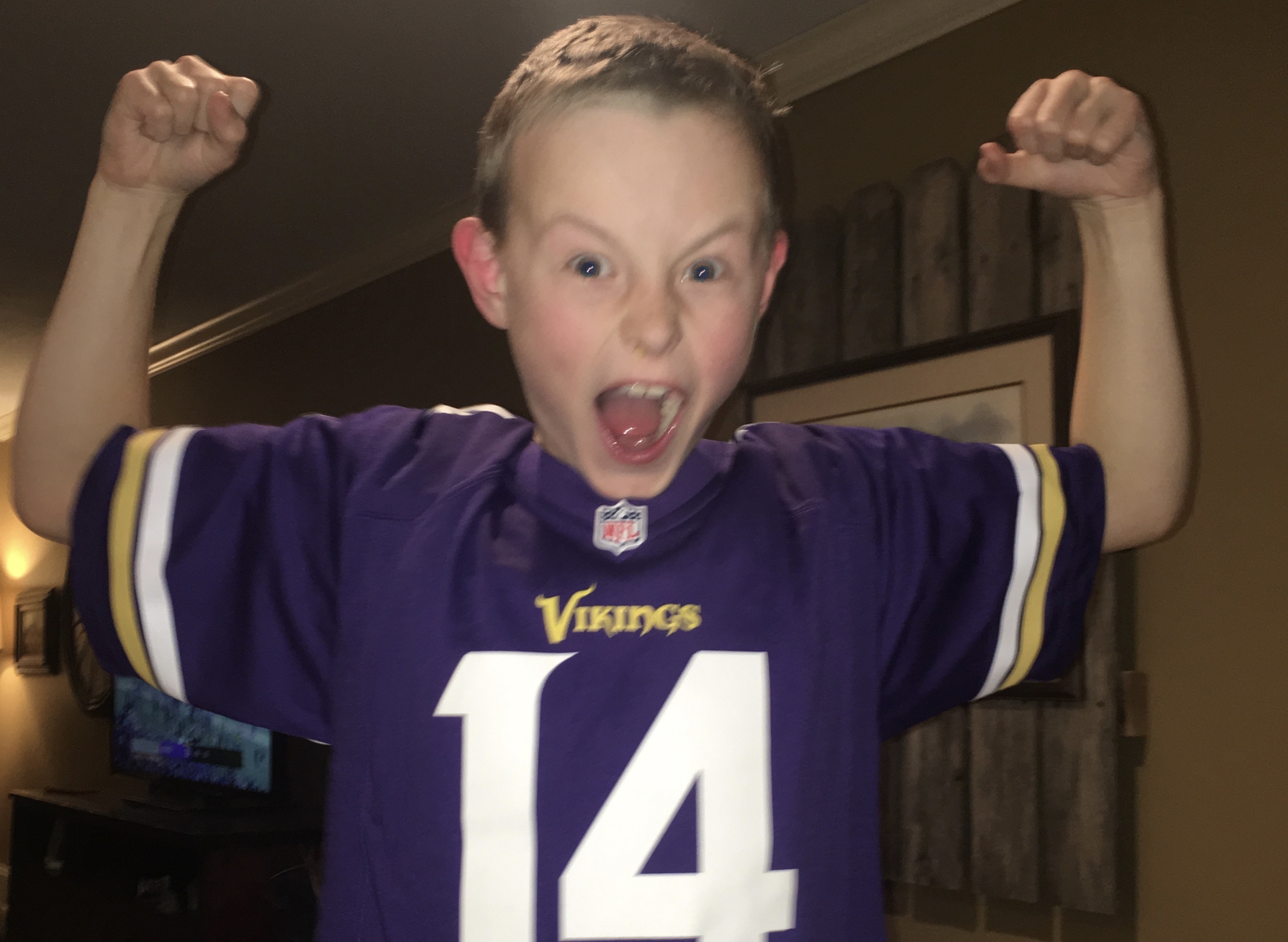 Author's Note: This post was MUCH more relevant and more fun to read BEFORE the Vikings—and fans' dreams of watching this team of destiny win SB52 at home— got crushed in the NFC Championship game. But it was still amazing....

I, like the majority of my fellow Minnesotans, am a long-suffering Vikings fan. We can all recite the litany of heartbreaks that seems to make up Vikings lore. 0-4 in Super Bowls. The Drew Pearson push-off play. Gary Anderson wide right. 41-donut. Favre across the body. Blair Walsh wide left. We know the history, and it is NOT on our side.

Coming into Sunday’s game against the Saints, Vikings fans were riding high, feeling confident about a victory and dreaming of being the first team to host and play in a Super Bowl. Things looked good. . . . until they didn’t, and we could all see the game slipping away, we could see another inductee into the Vikings Hall of Heartbreak. And then, this happened. And some Vikings demons were exorcised.

I was watching with my son, Jack. He is 10, and has been getting more and more into football— and the Vikings— over the past two years. A Rose Bowl Run by the Iowa Hawkeyes in 2015 certainly helped, but most of the credit goes to Madden NFL ’17. As the game was slipping away and the inevitable reality was sinking in, I turned to him and said “You’re going to have a good life, but this is one thing about your life that will be hard. Being a Vikings fan.” Melodramatic? Absolutely. A bit over the top? Probably, but it seemed accurate at the time (and if Vikings fandom really is the worst thing he has to experience, he’ll live a charmed life).

Then Case made that throw, and Stefon made that catch and ran into the end zone, and Jack and I began running around in circles in our living room, screaming. And I got to watch my son become a lifelong, no-doubt-about-it, bleeding-purple, Vikings fan in that moment. We called Carol, who was unfortunately watching in MSP airport, and Jack relayed the details of the play to her into the phone, voice cracking, tears in his eyes. It was awesome, and a memory I’ll carry with me. I’ll remember the play, of course, but what I’ll really remember was watching it with my son, watching his reaction, seeing that joy in his face (and sharing it with him), and knowing that one more father-son bond was cemented thanks to an improbable, 61-yard touchdown pass.