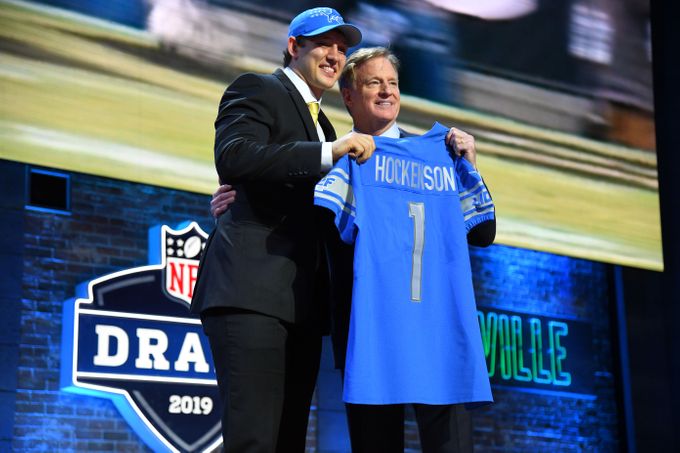 The 2019 NFL draft kicked off last night, with First Round selections being announced (I’m told that the Center the Vikings drafted is can’t miss, but I, of course, was hoping for a Tight End from Iowa…. as evidenced by the photo I used in this blog). Rounds 2-7 happen tonight and through the weekend, as teams restock, reload or rebuild their rosters and their fans’ expectations.

The draft is tricky. Teams are trying to find players who can compete and succeed (or preferably dominate) against the best competition in the world based on how those players performed against what is in many cases inferior competition. Throw in the various theories on how to build a winning team and what positions matter more and when, and the draft can be a crapshoot at best. No matter which team is drafting, no matter how early or late it is in the draft, teams have to ask and answer three questions:

Building a team in your business is no different. You are evaluating an unknown commodity based on their resume, past history in a different environment, and how they perform in a controlled workout (or interview, as it were). How you answer the three questions listed above will determine the makeup, direction, and even the success of your team.

This is a big one for NFL teams; are they better off simply drafting the biggest stud on the board, or picking a player who can fill a position where they are currently deficient? The ideal situation is to have a roster in place that can overcome and make up for underperforming positions and allow teams to simply pick the best player available. Find the studs early, fill needs in the later rounds. Your business should look no different. If you have built a team made of employees who can support each other and pick each other up, it will allow you to hire and plug in the most talented people; the top performers. This is especially important in higher level hires. Find leaders who excel and hire them; fill role-player positions down the line based on a needed skillset. Talent trumps all; hiring to fill a seat can be a reach at best, and a disaster at worst.

For NFL teams, this question comes down to the age and talent level of the team. Terrible teams made up of young players can afford to draft a quarterback who needs a little time to develop. Teams built to “win now” with talented, veteran rosters are looking for impact players who can get them over the hump and lead them to a Super Bowl. In the latter case, however, the future still needs to be considered, lest teams leave the cupboards bare once those veterans retire or move on. In business, it is somewhere in the middle; focus on what needs to happen to be successful and profitable today, while reaching goals and benchmarks that align with the long-term strategy for the company. Strong organizations and owners are always on the lookout for talented individuals that can move the needle today, while at the same time hiring and grooming those “high potential” employees to be the leaders of the future.

Real Talent or a “System” Player

One common knock on highly-touted players from certain schools is that they are products of the “system.” Their gaudy stats and performances may have been augmented by coaching, the types of plays and scheme the team ran, or even the talent level around them. NFL teams worry that quarterbacks who put up huge numbers in “spread” offenses may not translate to the NFL, as those numbers are a result of the “system” rather than the player’s talent. For the business example, let’s replace the word “system” with “culture.” The question now changes; are you hiring for a skillset, or are you hiring for a culture fit? Talent, or culture? If you are forced to choose between one or the other, the consensus is to hire the culture fit. Culture matters. Finding people who reflect your values and the values of your company matters. Building a team that believes in Why your organization exists and works to realize a shared Vision will lead to success. As Candace McCutcheon of Staff Management SMX states in this blog on the topic, “Each employee is an investment in your company. With a little time and training, an employee who initially lacked certain abilities, but fit in perfectly with the organization, can flourish into a skilled team member.” Skills can be taught; culture fit is innate. Ideally, you identify rock stars who embody your culture; if you have to choose between one or the other, culture wins out.

So get to work building your team. Assemble your scouts. Build your blueprint for the perfect team. Get your best people in the “war room” and start evaluating the talent pool. Draft the best players available early, and fill gaps late. Bring in the impact players that give you time to groom the up-and-comers. Focus on the culture fit first, then the skillset (but try to hire for BOTH). Once the draft is done, the hard work of building toward your “championship” begins.