5 lessons learned from trick or treaters 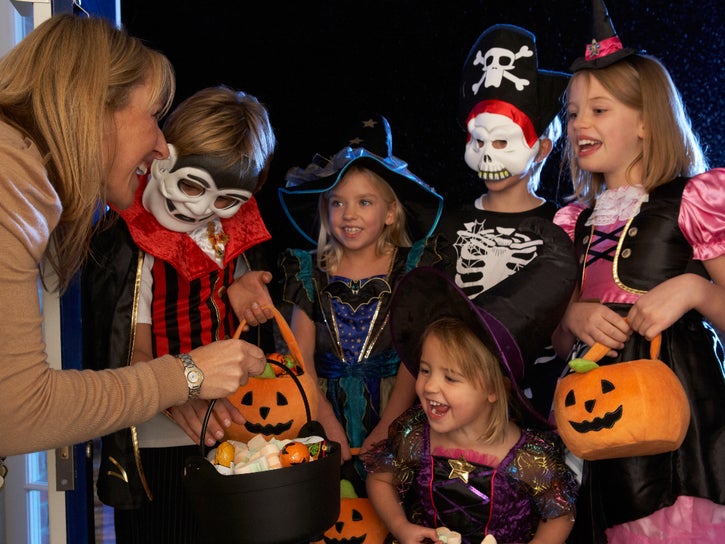 Tonight is Halloween. The streets will be filled with ghosts and ghouls, fairies and princesses. . . Trumps and Bidens. Kids will be patrolling the streets in their favorite costumes (likely underneath their parkas since it will be a cold one in the Twin Cities) with parents following a safe distance behind. Creepy music, carved pumpkins, and candy will be flowing out of houses. Is this a holiday aimed at kids? Yes, but there are certainly some great lessons to be learned for adults, especially business owners and leaders. Here are five lessons all good trick or treaters know that business leaders should follow:

My 12-year-old son, Jack, did not plan out his Halloween costume this year. Instead, he waited for inspiration to hit. . . . which happened on Tuesday. His group of buddies all decided to dress up in gorilla suits. He was a gorilla last year and did not want to repeat, so he decided to go as a banana, a genius idea, except that all the banana costumes were gone by the time he came up with it. Amazon can’t deliver one until Saturday, which means he got stuck picking out some random mask and going as a generic, scary guy. A great idea, developed too late, does no good at all. Find time to be creative early, plan ahead for what is coming up, and give yourself and your team time to execute the idea properly.

Plan Your Work, Work Your Plan

When Jack was younger, his trick or treating was random, to say the least. He and his neighborhood friends would hop from house to house, skip houses, double back, and basically find ways to gather the least amount of candy in the greatest amount of time. Now, he and his friends are pros. They base their route on historical trick or treating data and new intel on which houses have the “best” candy. They move in a pattern that zigzags across the street to cover the most houses in the fewest steps. They load up on pizza early and add fuel as needed through a potent combination of Mountain Dew and Three Musketeers (oh, to have a teenage metabolism again!). They absolutely crush Halloween. The best, most aspirational goals are nothing without developing a clear roadmap to achieve them. Build a strong plan by identifying what you need to know, what might get in your way, and what resources you have at your disposal. Set your course of action, and execute!

Our next-door neighbor always dresses up in a witch costume to hand out candy, and it is a good one! Green face paint, scary nose, big hat, she goes all out. The kids love it now, but a few years ago, when Maggie was five and first went out trick or treating in the neighborhood, the witch costume terrified her. The door opened, the witch appeared, and Maggie burst into tears. Our neighbor felt awful, and dialed it back after that, until last year when an older, braver Maggie actually requested the full witch costume. We do well in business when we know what our customers look like, what is important to them, what their needs are, and how we can address those needs. It is equally important to evolve and develop our products and services as our customers evolve, and their needs change. Successful businesses change their offerings to meet the changing needs of their customers.

Focus on treats, not tricks

Some houses just try too hard to be different. They choose to be the “trick” house, trying to scare the older kids, withholding candy from the high schoolers who show up in mascot hoodies and say they are dressed up as “a football fan,” or being the health-conscious house that hands out toothbrushes or floss. Think back to when you were a kid; how did that go over with you? Exactly. Stick to the basics, hand out Snickers and m&m’s. . . . and don’t become the house that gets TP’d that night. It’s no different in business. Employees generally respond better to carrots than sticks (treats, not tricks). Yes, discipline and accountability are necessary and important, but businesses that operate based on recognition and reward have better cultures and happier, more engaged teams than those who focus on punishing mistakes and poor performance. Appeal to the benefits of doing things right, rather than on the consequences of doing things wrong.

Yes, Halloween and trick or treating are for the kids, so the focus should be on having the best candy. But behind every cute kid in a Paw Patrol costume is a parent in a winter coat, trying to stay warm. As one of those dutiful dads, my favorite houses are the ones with great candy for the kids and warm cider (with that optional splash of Fireball) for the parents. Businesses do well when they pay close attention to not just their employees and customers, but those who support the operation. Vendors, suppliers, contractors, and partners play a vital role in success. Take time to recognize and support ALL the stakeholders in and around your organization.

A well-executed Halloween and a well-run business don’t look that different. Focus on vision, goals, planning, and execution. Support those who support you. Evolve your services (or your candy selection) to match your customers. Spend your energy rewarding good work rather than punishing the bad.

Most importantly, stay warm, keep your kids safe, and have a Happy Halloween!