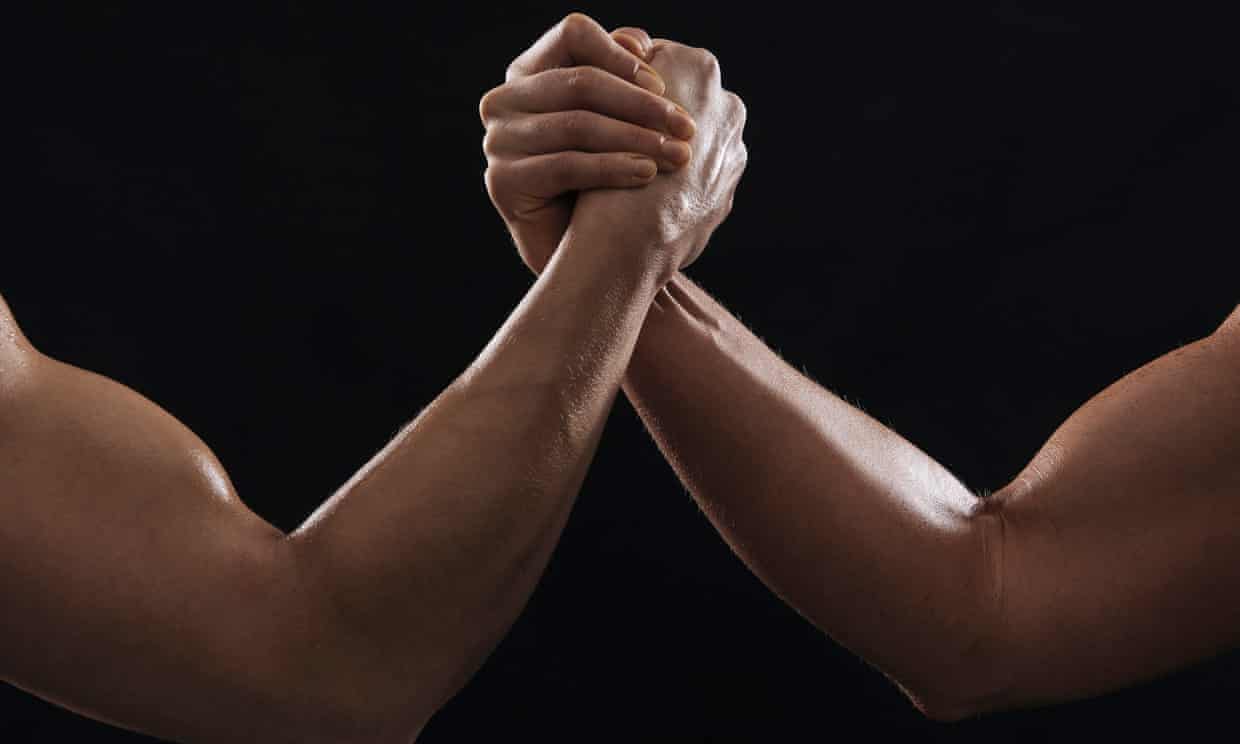 Negotiation is a four-letter word these days. The word conjures up images of two people scowling at each other across a desk, being trapped in the office of a car salesman who is “checking with the finance manager,” or the hard close techniques of Al Pacino in Glengarry Glen Ross. . . . and my arm wrestling image above likely doesn't help. In reality, good negotiation is a conversation, not a street fight. It is an opportunity to share what you need, discover the needs of the other party, and meet in the middle (or close to it). Here are my five keys to a successful negotiation:

It’s about their reasons, not yours

People do things for their reasons, not mine, and their needs are different from mine. This is a powerful mantra in learning how to communicate with people, and it holds true in negotiation as well. A negotiation represents two parties with different agendas, different needs, and different desired outcomes, so a “good deal” may look different for both parties. Something that you look at as a must-have in a negotiation may not matter to them, and something that you would easily give up may be the crucial piece for them in getting a deal done. Successful negotiation involves discovering what is important to them, not just asking for what is important to you.

That being said, you do need to ask for the things you want or need. I wrote a blog once about the importance of reaching out to those around you for help (whether it be for referrals or recommendations, advice on how to proceed in a situation, or help in reaching a goal), because people generally want to see you succeed and want to have a part in that success. In the case of a negotiation, the concept holds true— you need to ask— but for different reasons. When you are sitting across the negotiating table from someone, at no point will they say “You know, if you ask for X, I’ll probably give it to you.” The other party does not know what you want, and likely isn’t interested in digging to find out. If there is something that needs to be offered or a concession that needs to be made, ask for it.

It’s not about winning or losing

We’ve all been in situations where we’ve “won” a negotiation only to find out we damaged a relationship in the process. Winning in the short-term cost you the long-term relationship. The deal you won may end up being the last deal you do with the other party, who does not want to be taken advantage of again. On the other side, “losing” the negotiation leaves us with a bad taste in our mouths and resenting the other side. We may be the ones not coming back to the table in that case. Even when you are negotiating from a “position of strength,” you should be willing to concede something, if only to make the other party feel good about the deal. . . . and willing to come back to the table in the future. A good negotiation is one where neither party gets everything. Both sides gain some and give some, and are willing to ask for what they want and give up something to get it.

The first offer is never final

Or at least it shouldn’t be. Take it or leave it is not a negotiating strategy (remember what happens when you “win” the negotiation above?). You should always come to the table ready to make concessions. On the other side, you should expect to negotiate because you should expect that the other party has not made their best offer. This is not underhanded, it is simply that the other party expects YOU to negotiate (and doesn’t expect you to take their offer). Accepting the first offer feels great, initially. The deal is done, you got what you wanted, and it was pain-free. But that feeling is soon replaced by the feeling that you left something on the table. . . . which leads to feelings of getting cheated. . . . which leads to resentment of the other party. Do you see what just happened? YOU took the first offer, and now YOU resent the person who offered it! If you are making the offer, hold back on your best offer, lest the other party takes it. . . . and ends up resenting you even if it was fair and generous.

Someone will ALWAYS get a better deal

Auto dealers today tout “no-hassle pricing” with slogans like “the price on the tag is the price you pay.” This ensures that everyone gets the same deal, no one has to negotiate, and it is totally fair. Except that it is not. There is always room for negotiation, and someone will always get a better deal than you. My wife Carol buys all the cars for us because she is a better negotiator. Carol hates buying cars, not because she is uncomfortable, but because she really doesn’t care about the car and is annoyed by the time it takes. She leases cars, always turns them in early in order to pay the same price for the new car as she was paying on the previous one, and gets the dealer to throw in things like a trailer package and winter floor mats (because she asks). The process basically works like this; Carol calls the dealer, tells them what she wants and what her terms are, they ask her what color she wants, she says she doesn’t care about the color and that she’ll be there in 20 minutes to pick up whatever color they have ready and drop her old car off, and the deal gets done. No test drive. No hemming and hawing over packages and options. Her concessions in the negotiation are not taking up the dealer’s time with questions and test drives (which are not important to her), and always having a car payment (the lease term) if the dealer is willing to give her the deal she wants. She may be leaving things on the table (though I doubt it), but she is happy with the deal she made, which is key to the satisfaction of the negotiation. She gets a brand new car with no additional money spent, the salesperson gets their easiest of the month, everybody wins. She is not concerned with the deal someone else might get, because she got what was important to her. You can drive yourself crazy worrying about what the next person in line got that you didn’t, which can lead to you never making a decision. Negotiate, agree to a deal that gets you what is important to you, accept that someone else (like my wife) might get a better deal than you, and move on.

Negotiations are, by their nature, adversarial. They are made up of two sides essentially competing with one another to acquire what is important to them. But this competition does not need to be confrontational; rather, it should be looked at as a partnership. The best negotiations are those where communication is open, where both parties understand what is important to the other, and where both are willing to give something up in order to gain something. The best negotiations are those where both parties lose a little so that both can win.